The Last Lone Inventor: A Tale of Genius, Deceit, and the Birth of Television 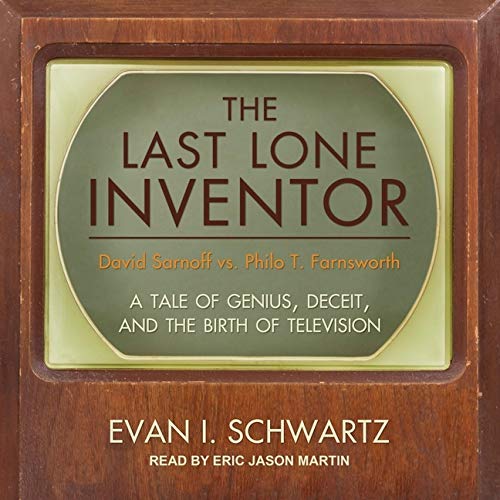 In a story that is both of its time and timeless, Evan I. Schwartz tells a tale of genius versus greed, innocence versus deceit, and independent brilliance versus corporate arrogance. Many men have laid claim to the title father of television, but Philo T. Farnsworth is the true genius behind what may be the most influential invention of our time. Driven by his obsession to demonstrate his idea, by the age of twenty Farnsworth was operating his own laboratory above a garage in San Francisco and filing for patents. The resulting publicity caught the attention of RCA tycoon David Sarnoff, who became determined to control television in the same way he monopolized radio. Based on original research, including interviews with Farnsworth family members,
The Last Lone Inventor is the story of the epic struggle between two equally passionate adversaries whose clash symbolized a turning point in the culture of creativity.
Post Views: 33